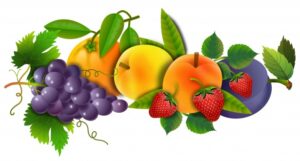 I hope you are well.

Once again, we had a lovely gathering this morning.

Gordon was treating us to some new hymns – I really enjoyed the gradual, less sure about the communion, however we all enjoyed Tell Out My Soul on the piano at the end!

On Saturday despite the wet forecast several of us met in the garden for the tidy up session.  A good two hours of solid work supervised by Robin and sustained by coffee and cake produced some very satisfactory results.  Well done everyone, and once again a big thank you to Robin for all his hard work in the St Andrew’s garden.  It really has been a great joy this summer.

Notices for this week

Tuesday 10am Prayer Group in the garden room.

Thursday Holy Communion 10am followed by coffee in Friendship House

Next Sunday – Sunday 10th October Harvest Festival – 10am Sung Eucharist for harvest will be followed by coffee and a cake stall.  Please bring any donations of produce, home bakes and preserves, plants or anything that will sale on a stall plus donations for the alter offering which will go to Elpis. 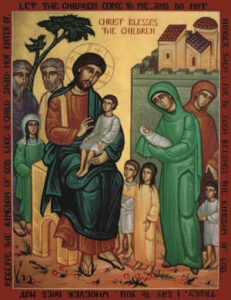 I don’t know if any of you can remember who told you about the facts of life.Perhaps no one did and you found out for yourself from odd conversations behind the bike shed.  Nowadays of course it’s part of formal education and so there is less mystery surrounding the subject. Indeed, there may be less mystery but there is no less awe – for we are miraculously and wonderfully engineered!

In a confirmation class earlier in the week I was discussing with the candidates how extraordinary the creation is and how in terms of belief and faith it surely speaks of a greater force, a greater being than us – in other words God.

And so, we live in relationship with another, and within these relationships, some are close, some are difficult, some are wonderful, and some are painful – long relationships usually speak of a mixture of all of these. It has been ever thus. However, our humanity, our complex emotional makeup and living in relationship can leave us vulnerable.

The gospel story today also speaks for the vulnerable. It starts “Some Pharisees came and tested him” This is a classic phrase that we hear often in the gospels. The Pharisees trying to test Jesus and here indeed they have a challenging question “Is it lawful for a man to divorce his wife?”

Rabbi Lionel Blue, the late well-known religious writer and broadcaster, commented that it is important to distinguish between morality and moralising.  Morality seeks to discern what is right and what is wrong.  In contrast moralising is about judging others behaviour and seeking to impose our moral values on them. And this is what it seems the Pharisees were doing in the gospel this morning.

Here the Pharisees were not primarily interested in the question of divorce, their main purpose was to test Jesus, to catch him out to see if he was prepared to acknowledge the mosaic law as they themselves taught it. A law that heavily favoured men.

But Jesus however was fully aware of the Pharisees intentions to catch him out with this question.  But as he had done before he turned their trickery into an opportunity, an opportunity to teach them and us a moral truth.

In describing the unity of both partners becoming one flesh, he is implying that they are not just indivisible as human beings, but they are to be equal in their treatment of each other.  And their union is to be similarly respected by the outside world. There is not to be one set of rights for men and another for women.  God made them, as described in Genesis, joined them and loves them equally.

Throughout the gospels Jesus does show concern for social justice and compassion, especially in relationships and especially for women. “Let he who is without sin – cast the first stone` He says to those accusing the women caught in adultery.

Jesus healed and ministered to many women and children.  Jairus’ daughter – the widow’s son – the crippled women are just a few examples.

He also had an in-depth conversation with the Samarian women at the well. This was completely counter convention as Jews didn’t speak to Samaritans in those days and especially to women. His friendship with Martha and Mary is a further example of his attitude.

In this one short exchange Jesus diplomatically handles the Pharisees. Then highlights and raises up the status of men, women and children to take their rightful place as equals in society. “Truly I tell you, anyone who will not receive the kingdom of God like a little child will never enter it.”  Mark 10:15

Once again, he has changed what could be a difficult situation into an opportunity to teach the word of God, the word of love. God loves us all equally and that is how he calls us to be, independent thinkers who value and care for each other, recognising each other’s humanity and therefore our vulnerability