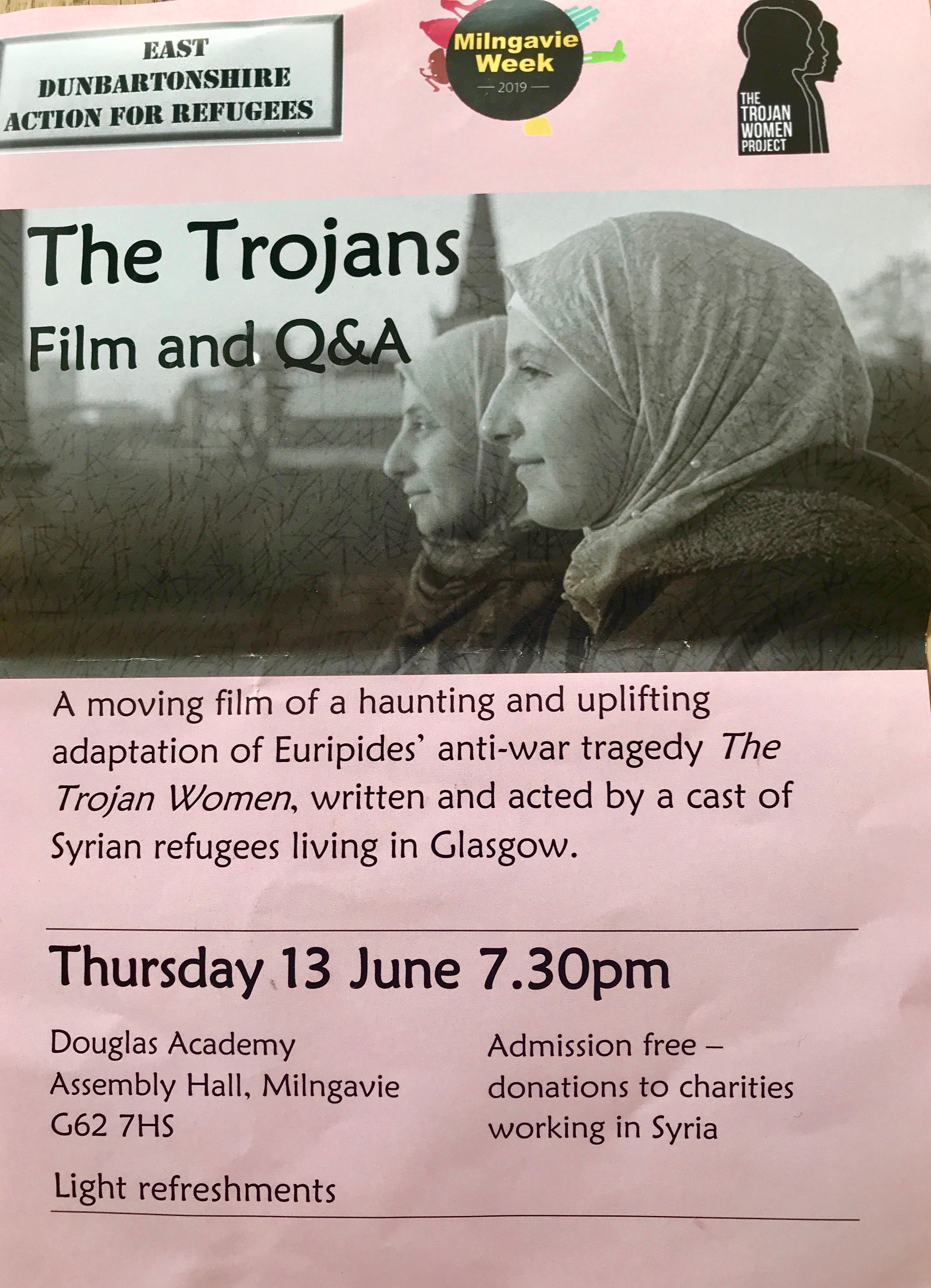 As a Milngavie Week event, a number of our congregation were privileged to be present as well as helping with the organisation of the premier film showing of the stage play adaptation of Euripides’ The Trojan Women in Douglas Academy last week. After the film there was a question and answer session when actors from the play as well as the play’s directors responded to questions from the audience, both thoughtfully and movingly. The play was written and acted by Syrian refugees living in Glasgow and they shared with us their experiences of war, and of rebuilding their lives in Scotland. Thank you to East Dunbartonshire Action for Refugees EDAR for organising this event.