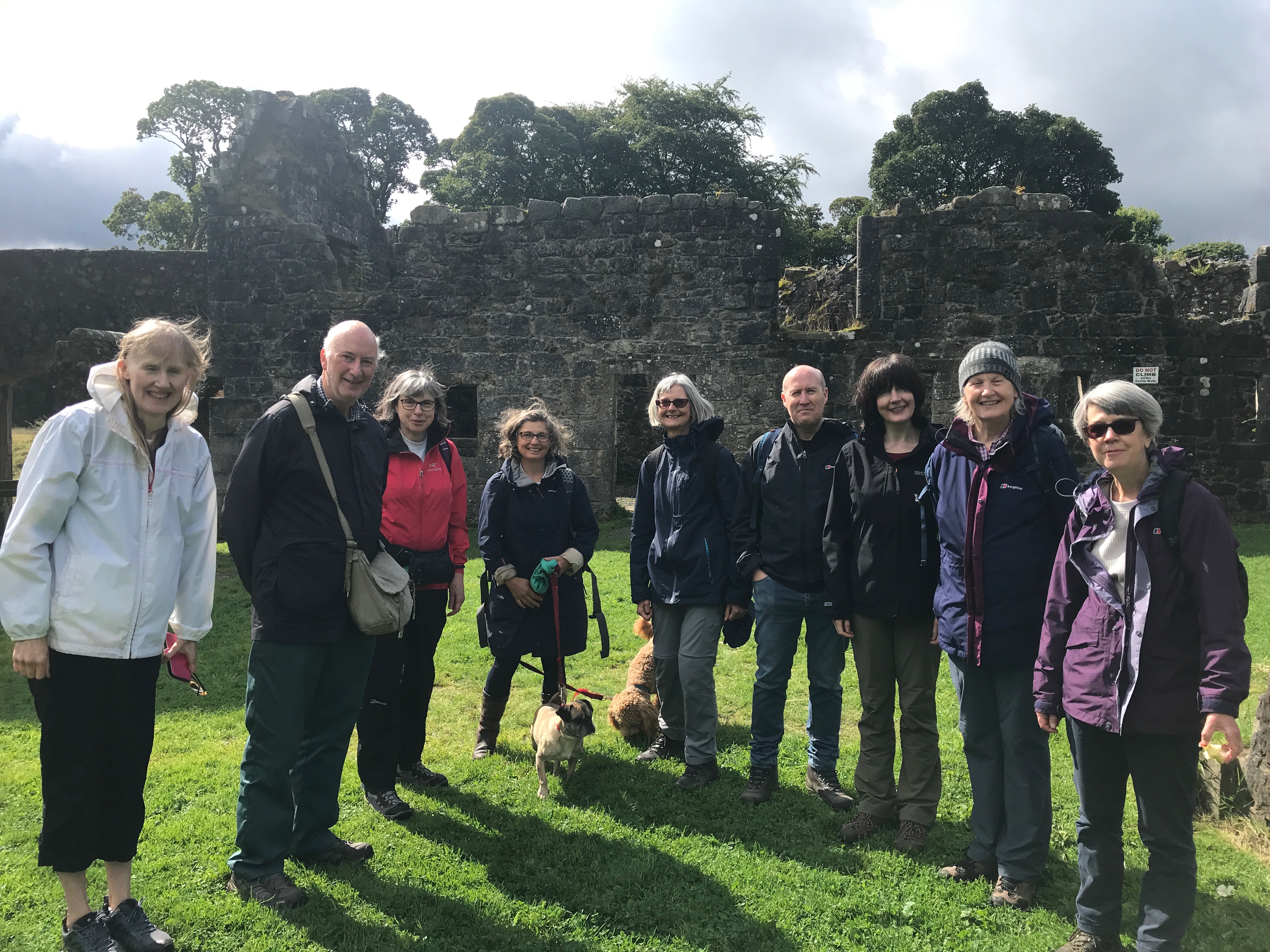 After the previous Sunday’s successful Talent Auction when members of the congregation offered a wide variety of skills as a way of fund-raising, including ice-cream workshops, history walks, bobble hat-making, jam, tablet and afternoon tea with Mozart, Jane set the ball rolling with a Cake Walk. It’s noticeable that food quite often features in the activities! 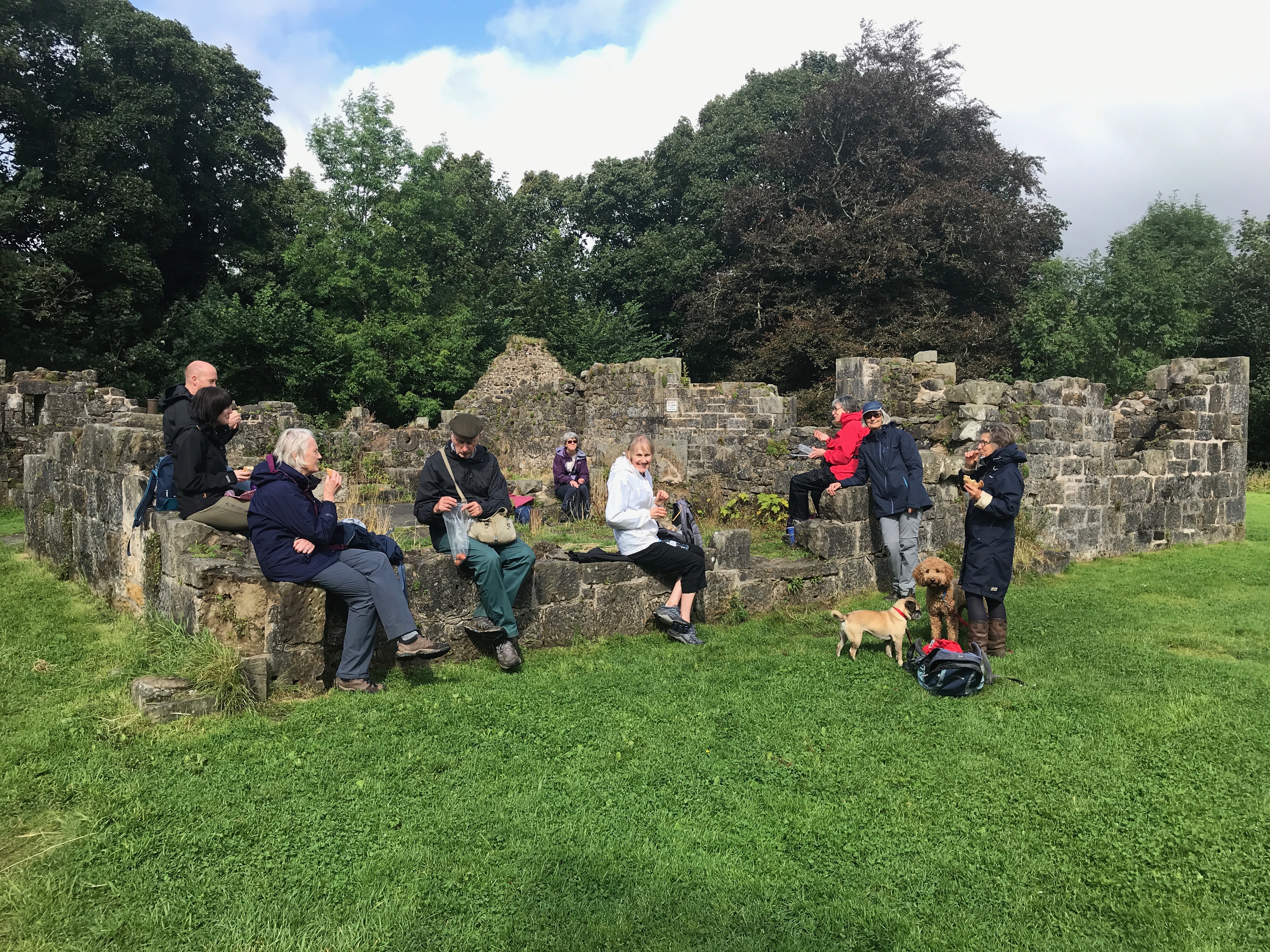 Ten intrepid walkers were not put off by the torrential rain earlier in the morning and were treated to an interesting six-mile (nearly!) walk along familiar and not so familiar paths. Apart from a couple of light rain showers we were very fortunate to enjoy some bright sunshine. After winding our way first of all up to the reservoir, we then followed a path into Mugdock alongside a rushing river and then beside the peaceful loch leading to Mugdock Castle which was the planned lunch location. As it was raining at this point some were a bit hesitant about stopping. However, Tim was already tucking into his roll so we all followed suit & after a few minutes the sun came out and we agreed that sitting on the ruined walls was the perfect place for a picnic. 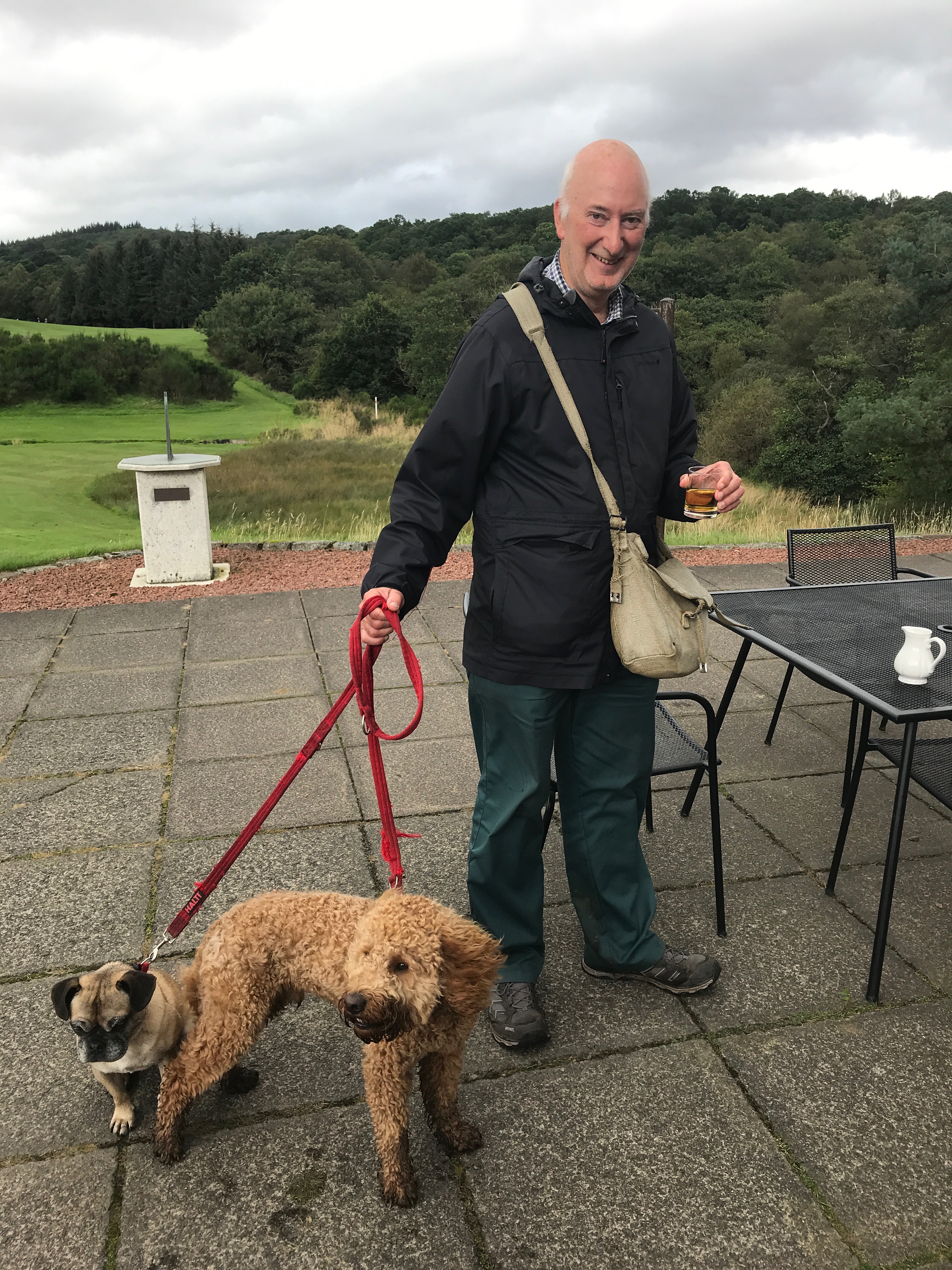 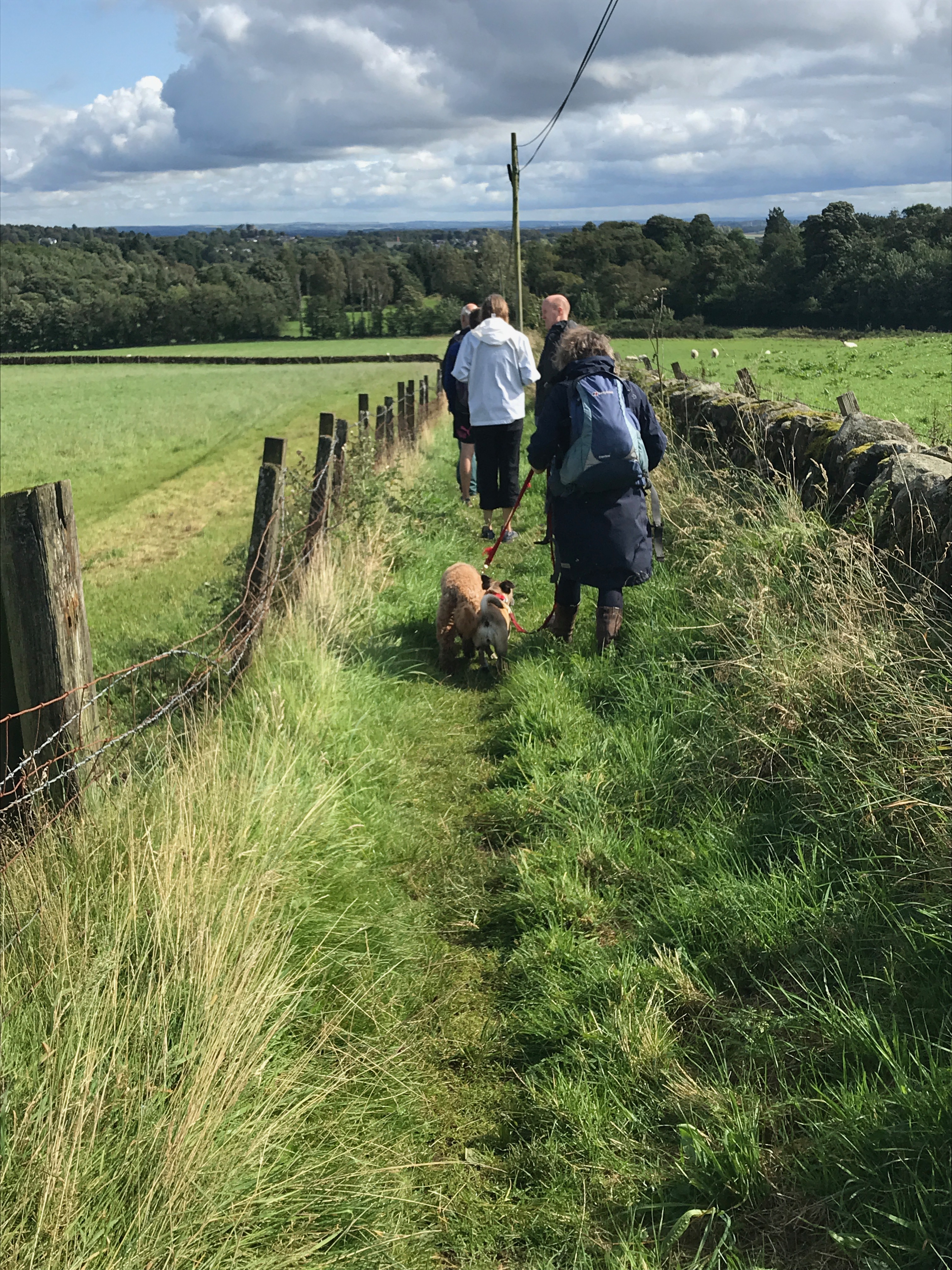 After a rather slippy descent over a wet, rocky path we arrived at Milngavie Golf Club where facilities, hot drinks and even a wee dram were available! Tim made the most of the latter while taking charge of Ted and Trixie who were very well behaved. We watched a few golfers take turns at driving from the hole nearest to the club-house and as far as we could see, all the balls landed amongst the trees, no doubt joining the many others hidden in the undergrowth. Our route then took us to Craigton Cottages and as we returned along a path by the fields there were beautiful, sunlit views across the countryside. 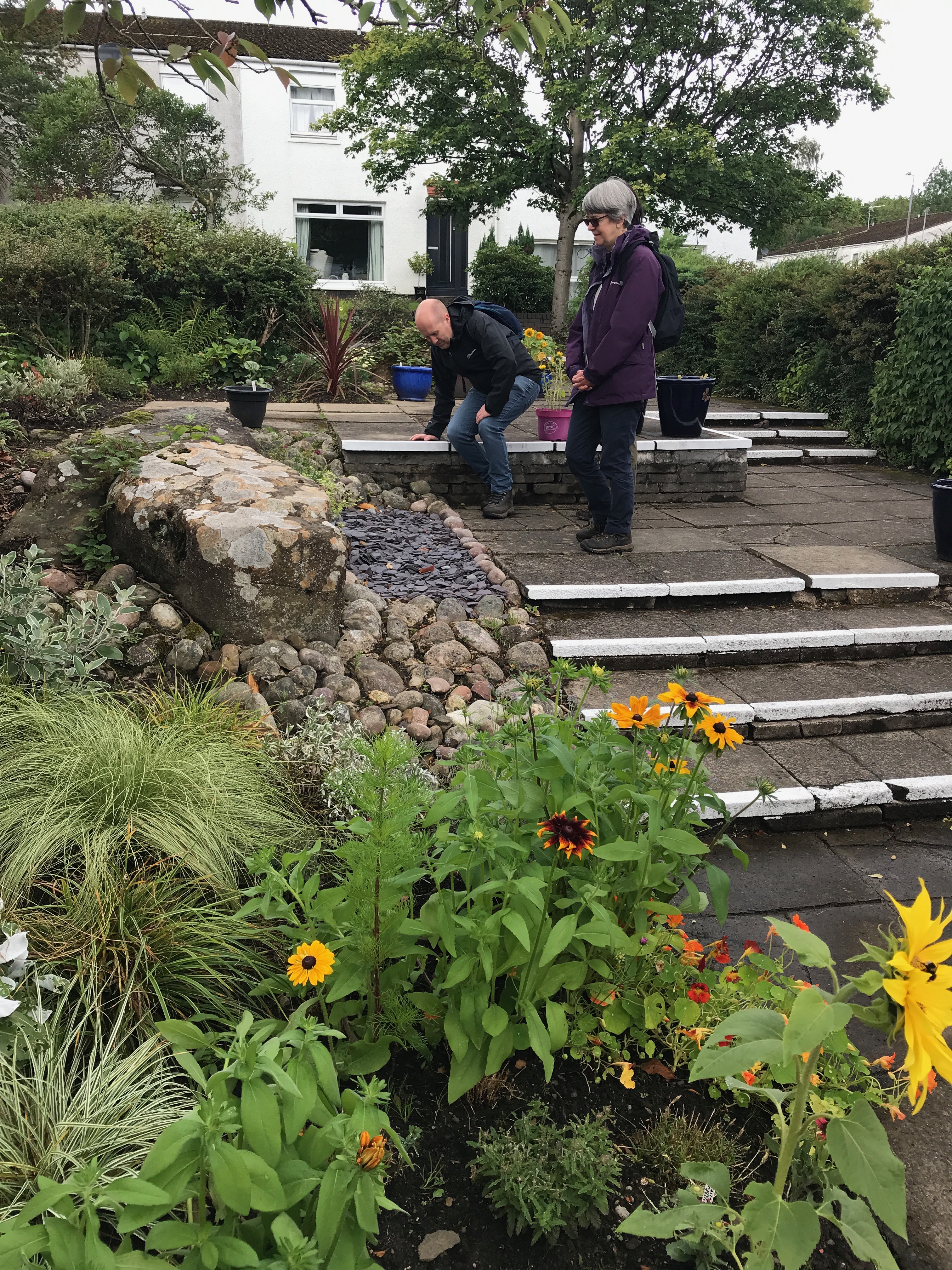 st before we reached the village centre we stopped to admire the Italian Garden which Liz and Tim both had a share in creating. This is a work in progress and has transformed this little area for local residents to enjoy. 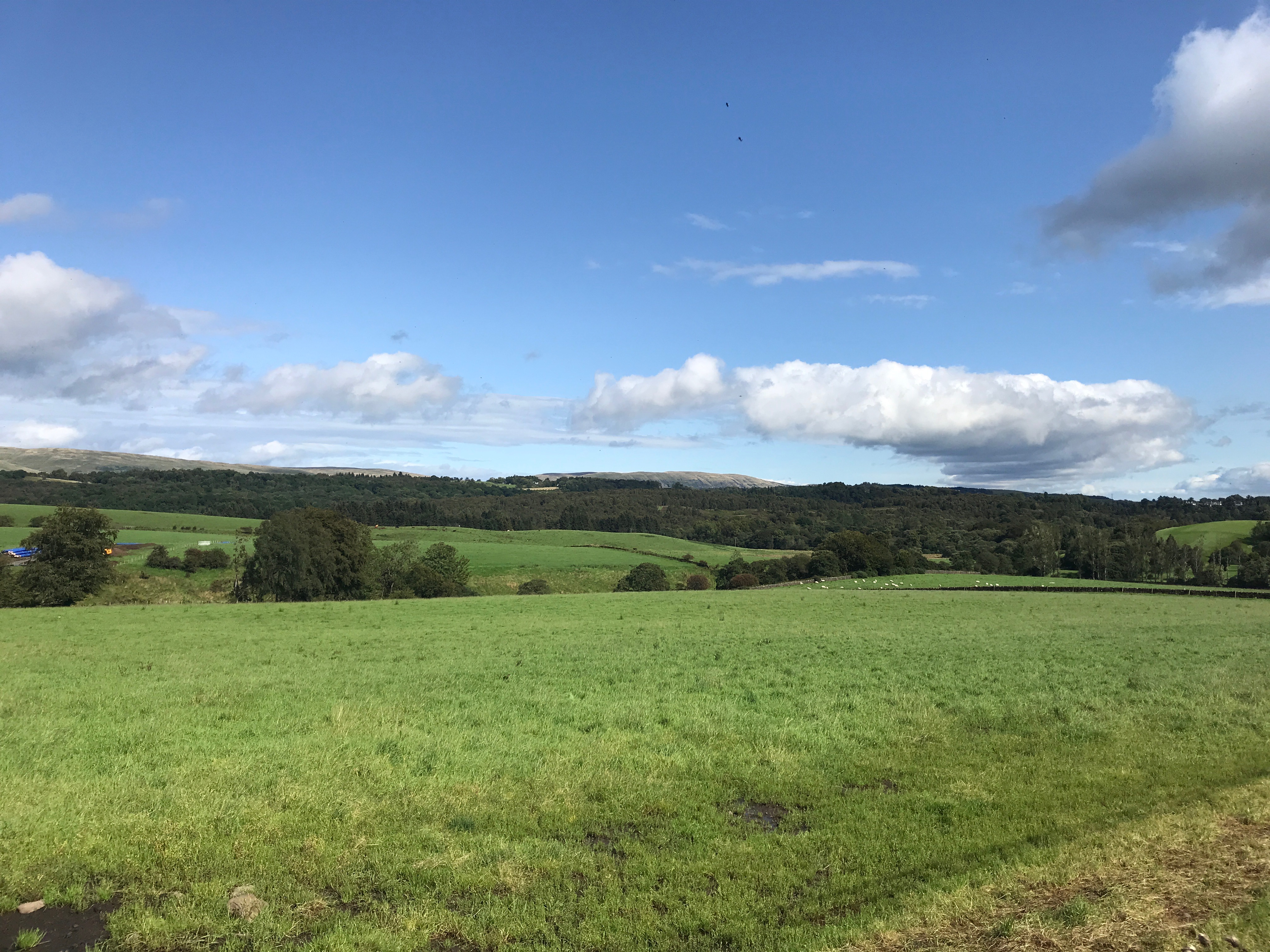 Back at the church hall a mouth-watering spread of different cakes, including pancakes, scones, strawberries and cream, welcomed us. As well as giving us good exercise, the event was also a great opportunity to chat together while we walked and as we drank tea & munched cakes afterwards. Thanks to Jane for organising our first Talent Auction event, to all the bakers and to Tim who put his vast knowledge of local paths to good use in helping with route planning. It was a great success! I wonder where we’ll go next year……. 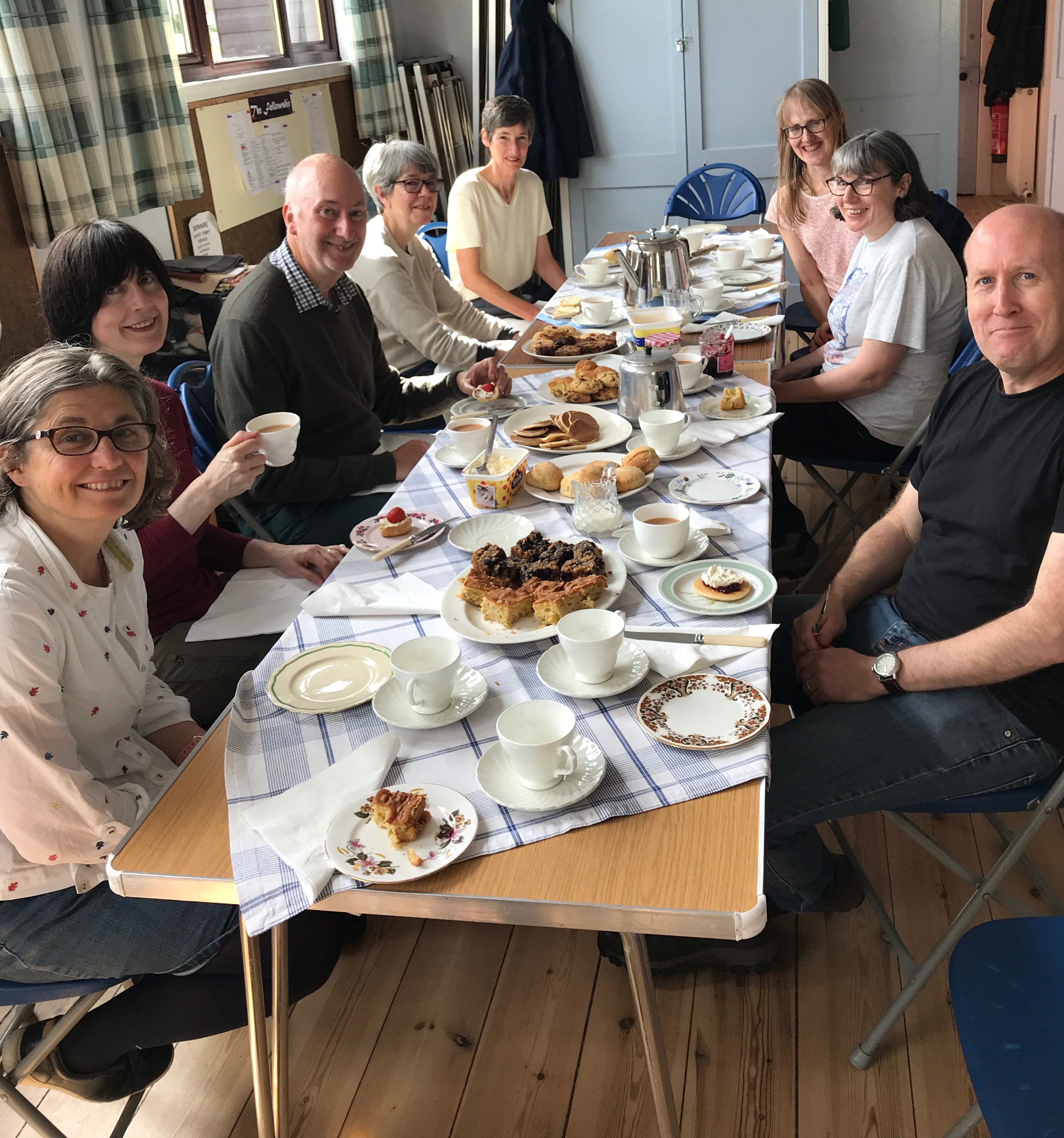