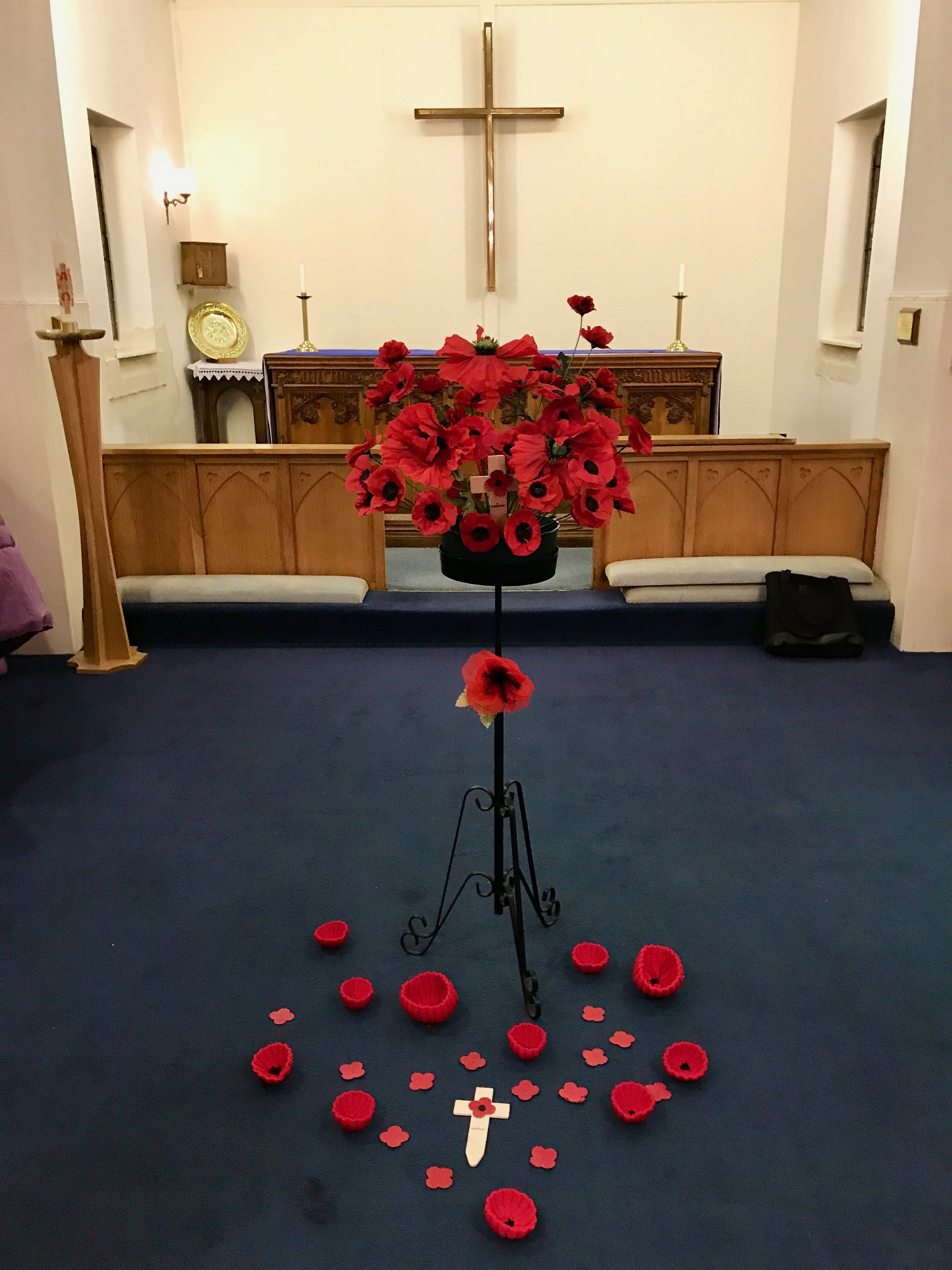 Remembrance was marked in a very special way this year. As well as our service on Remembrance Sunday morning in St Andrew’s, we also hosted a Memorial Concert performed by Milngavie Choir directed by Jonathan Sedgwick, accompanist Penny Haydock along with the Bearsden Academy Man Choir directed by Linda Bryce. These concerts took place in a full church both on Friday evening and Sunday afternoon. The programme included pieces from Karl Jenkins’ ‘The Armed Man: A Mass for Peace’, Fauré’s Requiem, ‘Bring him home’ from Les Misérables, and poems by AE Houseman some set to music and sung by Jonathan. The concert ended poignantly with ‘All those men who marched away’ by Ken Johnston. The concert was very moving, especially with the words of the songs sung by the young men which were at turns full of the energy of youth and the sadness and suffering of war. 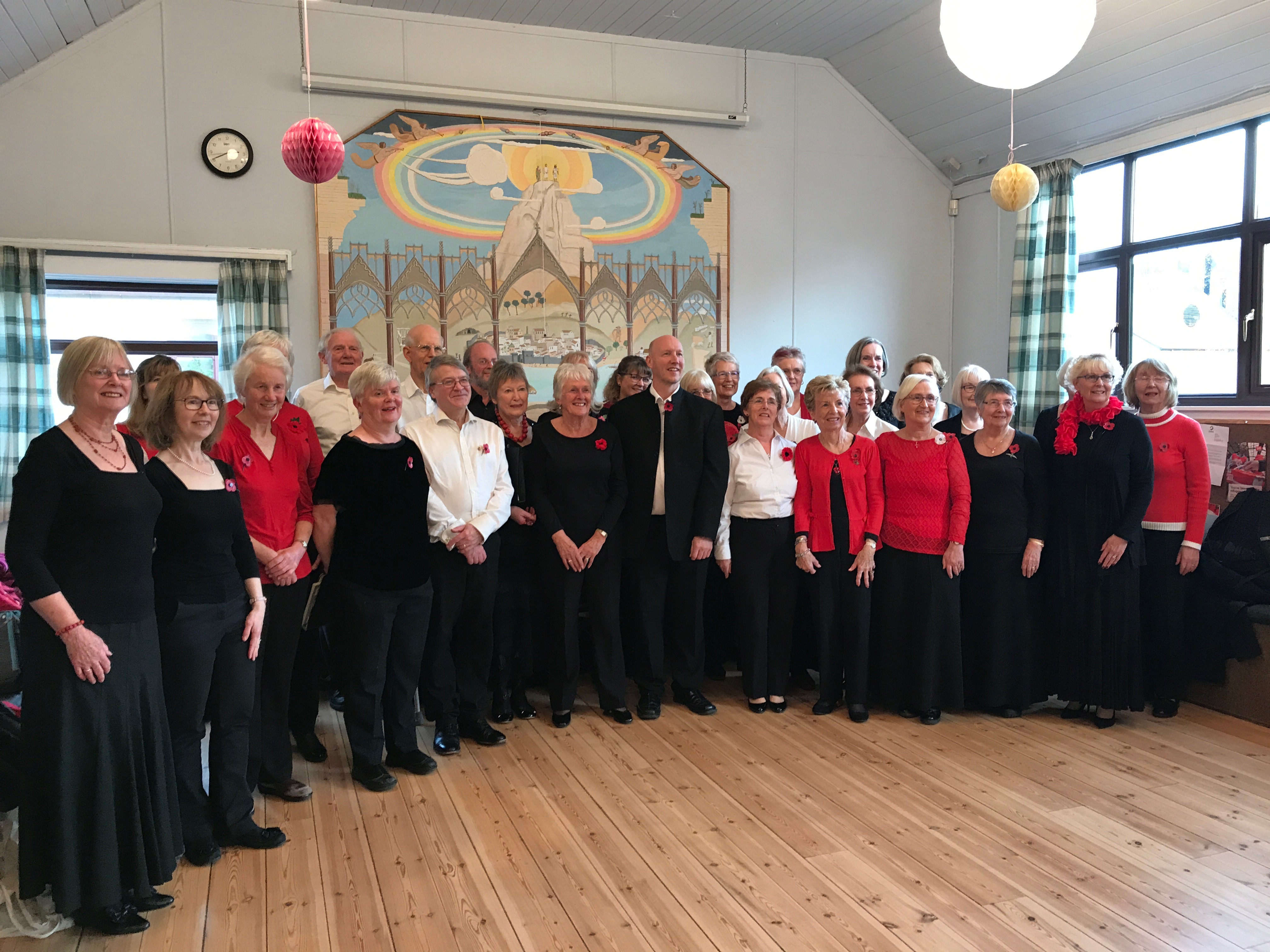 Photo opportunity after warm-up in the hall