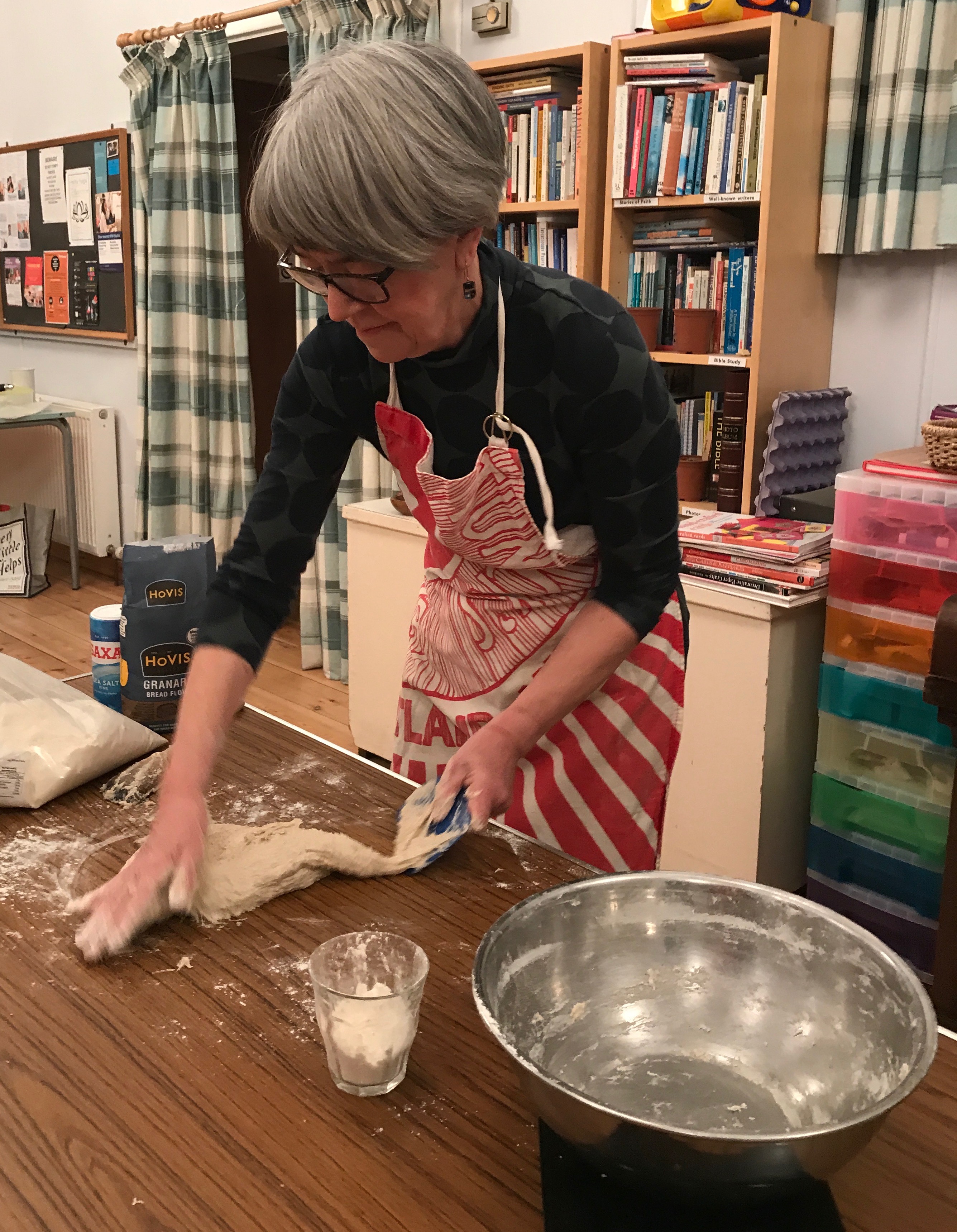 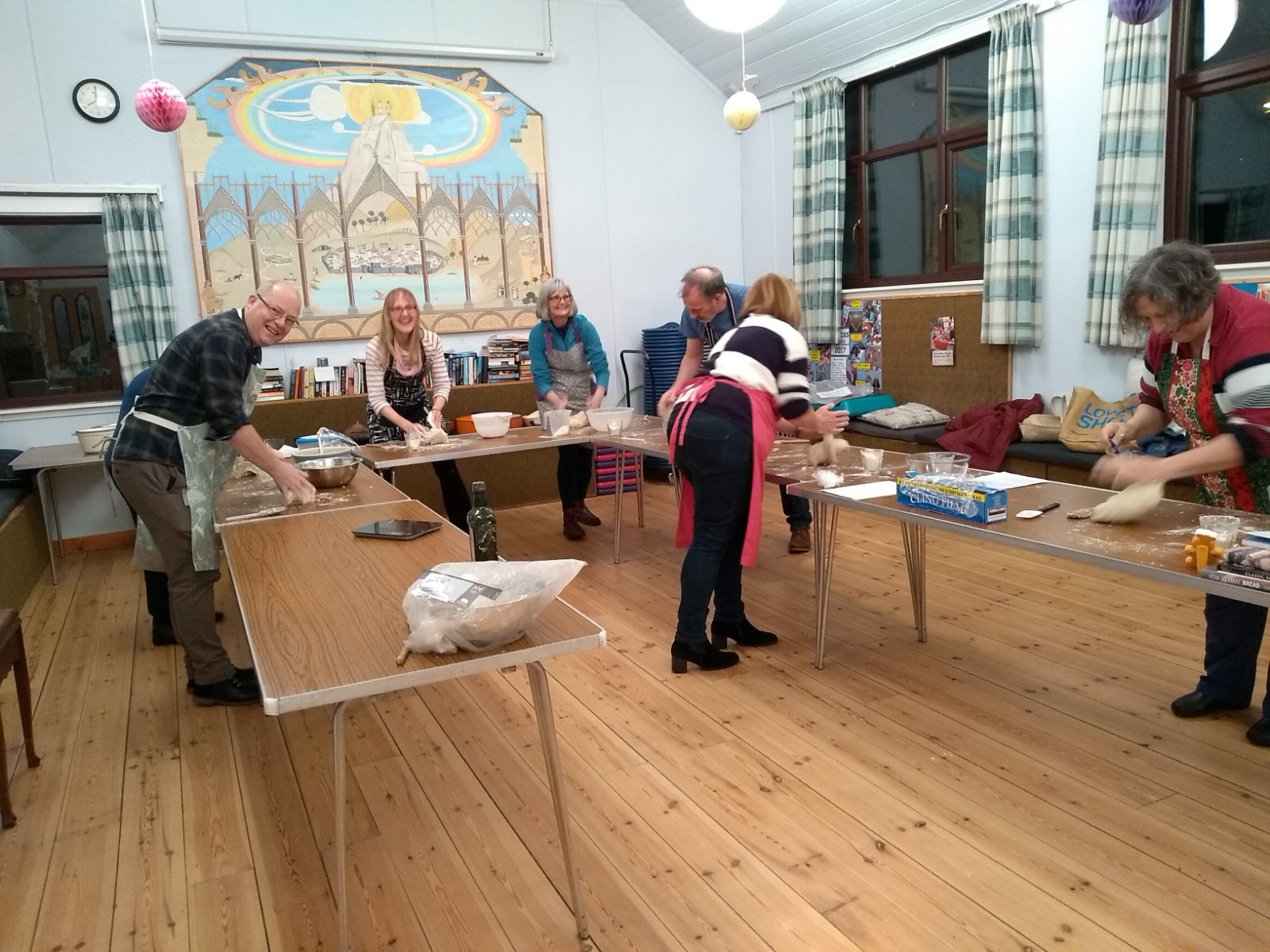 Talent Auction events are now well underway and last weekend a group of us had our first attempt at making sourdough bread under the expert guidance of Liz MacDonald. Starting on the Saturday afternoon, we learned about the ‘starter’, which is simply a mixture of flour and water left to ferment so that it’s quite bubbly with a heady beer smell!  Liz’s starter has been on the go for 5 years with more added as it is used. In some parts of the world, starters are precious family heirlooms and have been passed down through generations!

More flour and water was added to the starter, before mixing it well, covering it and leaving it till our return a few hours later in the evening when we eagerly returned for the next stage. After adding more flour, salt and a little oil, we tackled the kneading which required considerable effort and advice from Liz on achieving the right consistency. Satisfied with our dough, it was then left in covered bowls to rise overnight in the hall. 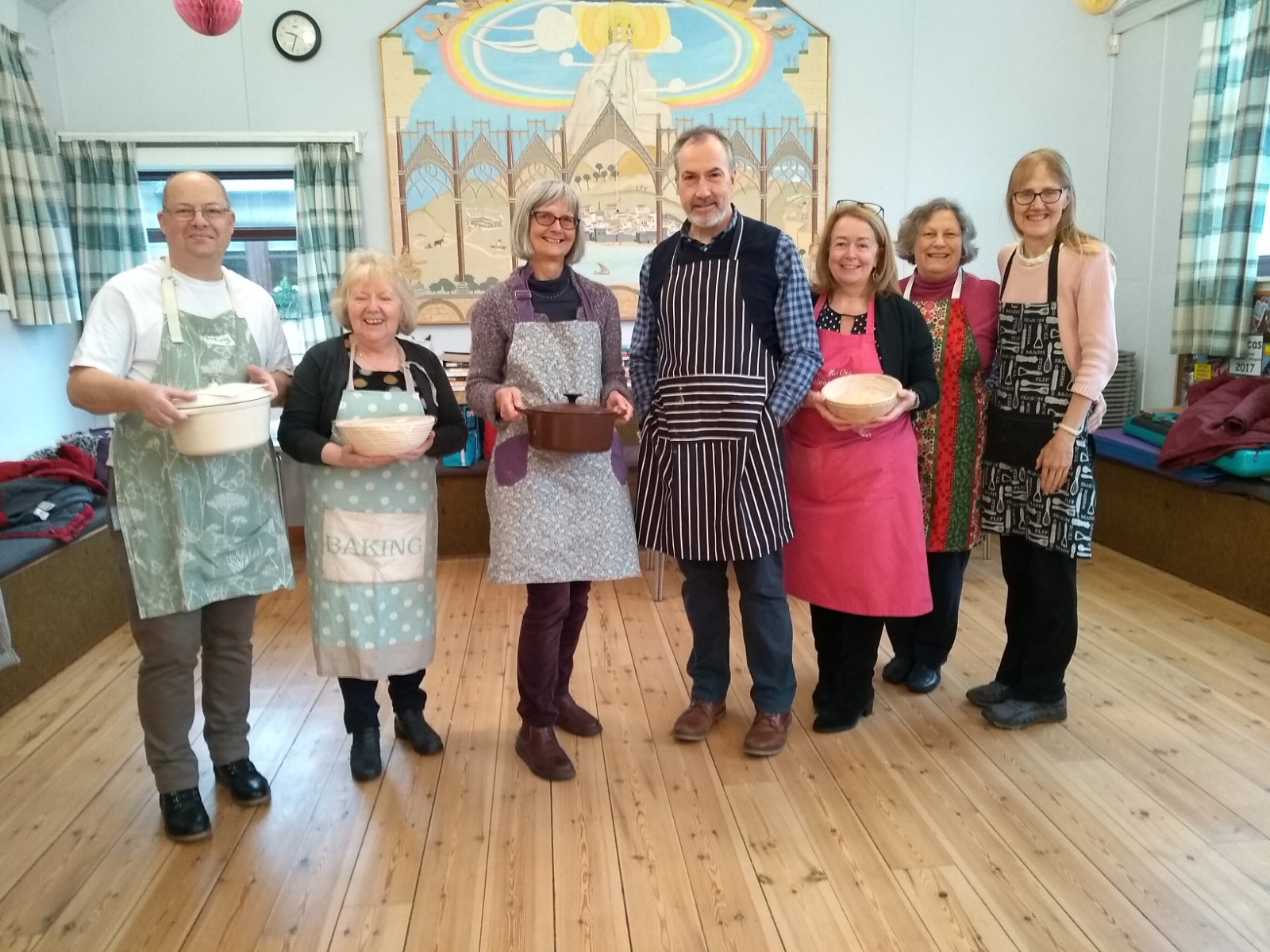 First thing on Sunday morning we arrived at the hall excited to see that our dough had increased in size and was quite springy to the touch. Loaves were then shaped with some having seeds added on the top before being left to rise once more during the service.

Now it was time for a bit of juggling to fit casseroles and pizza stones into the 2 ovens. Timing was important with the reduction of temperature after 25 minutes. The loaves that emerged looked beautifully rustic and since then a number of us were so inspired that we’ve had a second attempt at baking a loaf at home. Our thanks go to Liz for introducing us to sourdough bread-making so successfully! 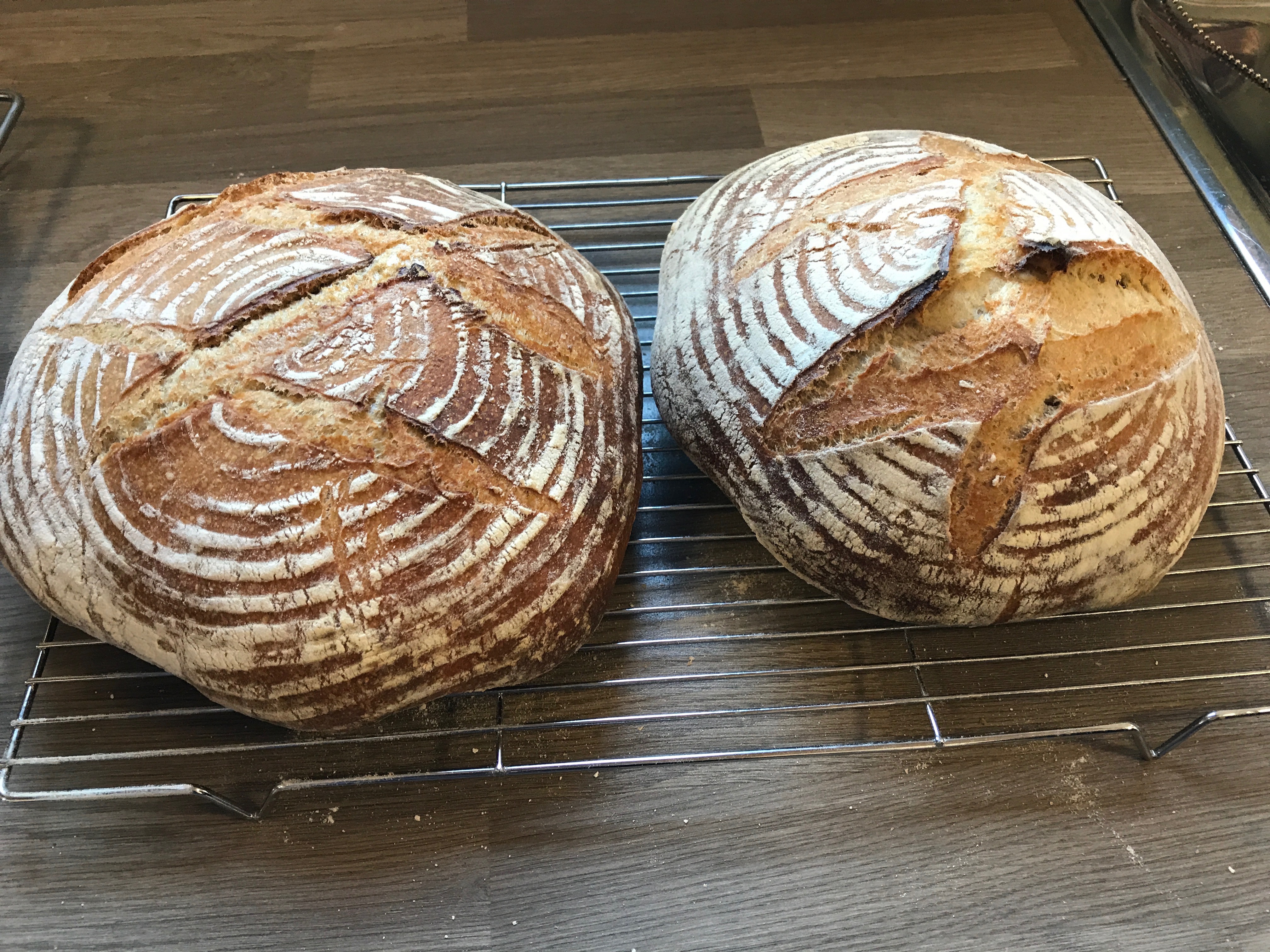 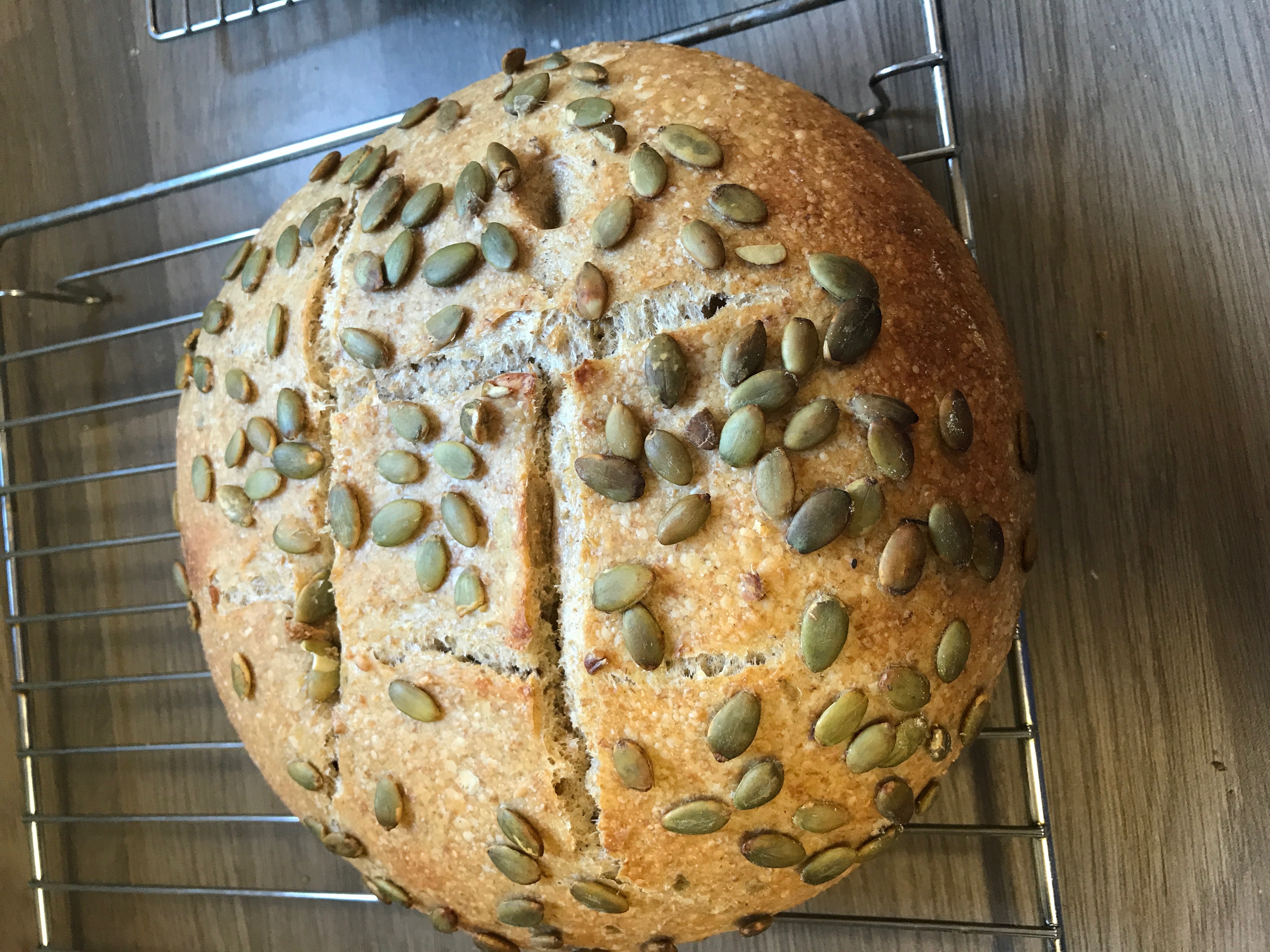 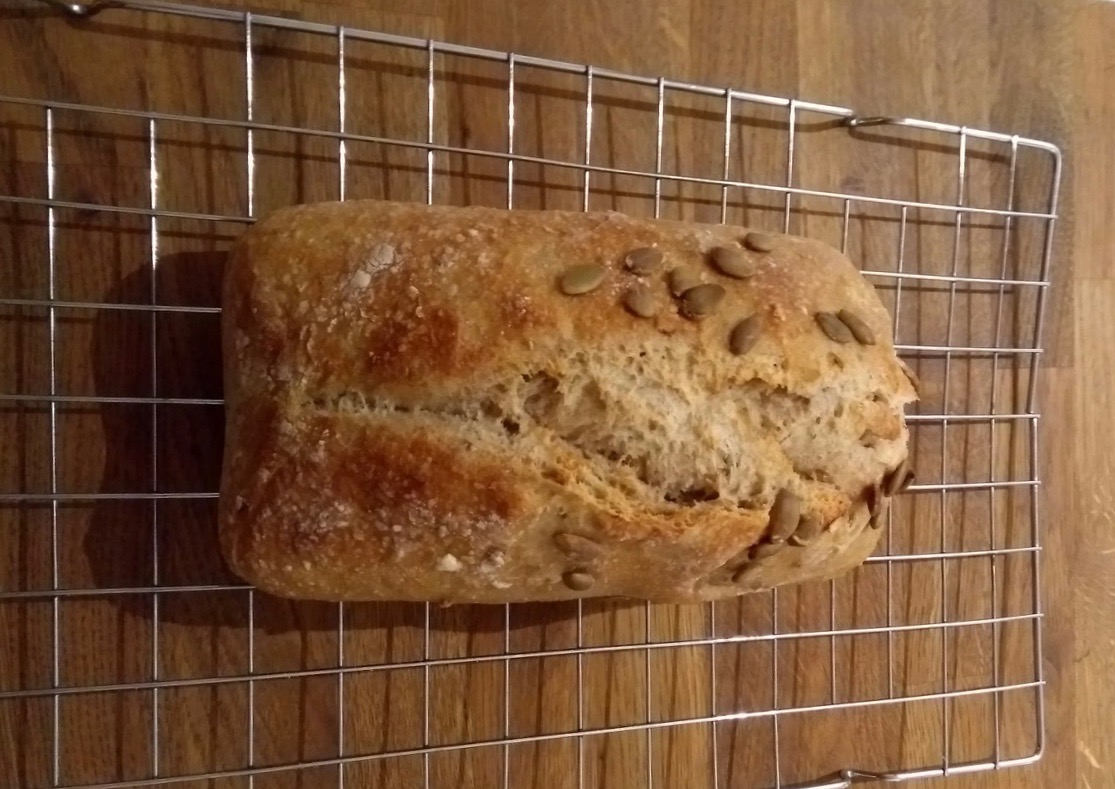 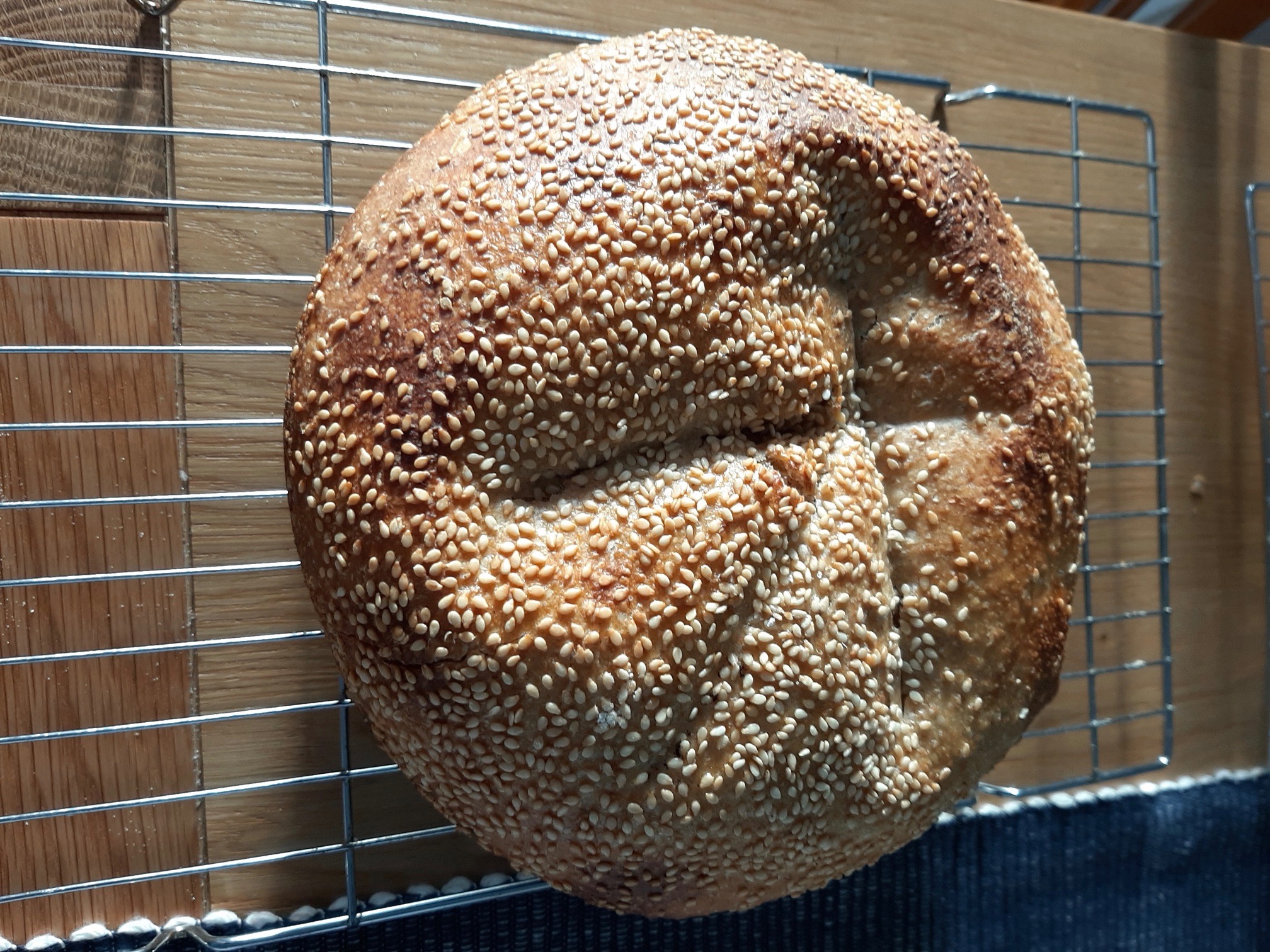