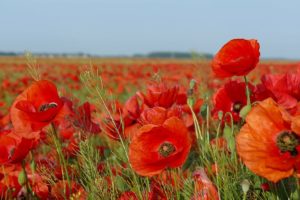 Below is the script for todays sermon for Remembrance Sunday. A YouTube recording of the service will, hopefully, be ready shortly.

Love to you all.
Andrea xx

A few weeks ago, we watched great film called The 12th Man.  Set in Norway during the second world war it’s a tale of extreme endurance, courage and ultimate triumph.

The story is focused on a Norwegian soldier who is being relentlessly hunted down by a Nazi officer following a foiled attempt by the resistance to blow up a German camp.

Amid ice and snow the Norwegian soldier manages to escape across Norway into Sweden but not before he has swum through an icy lake and skied down a precipitous mountain in the company of a huge herd of cattle while being shot at and hotly pursued by his aggressors.   Against all the odds and by the skin of his teeth he finally makes it safely into Sweden.  He is heralded as a hero.

But the fact was this remarkable escape was only made possible by the people who helped him along the way.   Families from the local communities that hid him, fed him and nursed him when he was all but dead. They communicated amongst themselves to ensure his safe passage to Sweden.  And they did this despite incredible risk to themselves and their families.  The bravery and courage of the civilians in this film was staggering.

Today we remember those brave souls and we are reminded that Remembrance is by no means only a soldier’s, a sailor’s, or an airman’s preserve.  War effects all of us.

During the second WW bombing alone cost thousands of civilians their lives and homes.  Anxiety, grief and personal loss was experienced daily.  But like the characters in the film people often worked together, supported each other and showed great resilience and courage in the face of adversity.

This year we have experienced international crisis on a global scale, and we have had to make sacrifices and change our way of living to adapt to challenges the pandemic has brought.   We also have been called, as in times of war, to work together to overcome this adversity.  Its been a tough call, there are times when I am sure all of us have felt challenged, anxious and uncertain.

But as always in times of uncertainty we can look to our scripture for support and guidance.

In the gospel today Jesus asks us to love each other

“This is my commandment, that you love one another as I have loved you. No one has greater love than this, to lay down one’s life for one’s friends.” John 15:12-13

Love – love is at the heart of the gospel message. To love and to know you are loved is what feeds our souls.  In this passage Jesus makes it clear to his disciples that we are all loved by God and through this love we therefore love each other.  When we love each other then we behave differently to one another.

Paul in his letter to the Romans understands the suffering that we can endure in this life.  But he urges us to look towards the bigger picture of salvation.  Christ overcame suffering and death on the cross, the ultimate victory.  A victory which he shares with all humanity.

“It is Christ Jesus, who died, yes, who was raised, who is at the right hand of God, who indeed intercedes for us.
Who will separate us from the love of Christ? Will hardship, or distress, or persecution, or famine, or nakedness, or peril, or sword?……….
For I am convinced that neither death, nor life, nor angels, nor rulers, nor things present, nor things to come, nor powers, nor height, nor depth, nor anything else in all creation, will be able to separate us from the love of God in Christ Jesus our Lord.”  Romans 8:34ff

In the reading from the book of Revelation, St John’s vison of heaven, we hear how this great resurrection hope, this message of salvation, so clearly and passionately scripted by St Paul, might look like.

Today we place our thoughts for those we have known and those we have not known, who have given either their lives, or the use of their limbs, injured sometimes horrifically, mentally and physically in the service of our country.

Those who have done so in years past, those who do it now, and those who shall do it again in the years ahead.